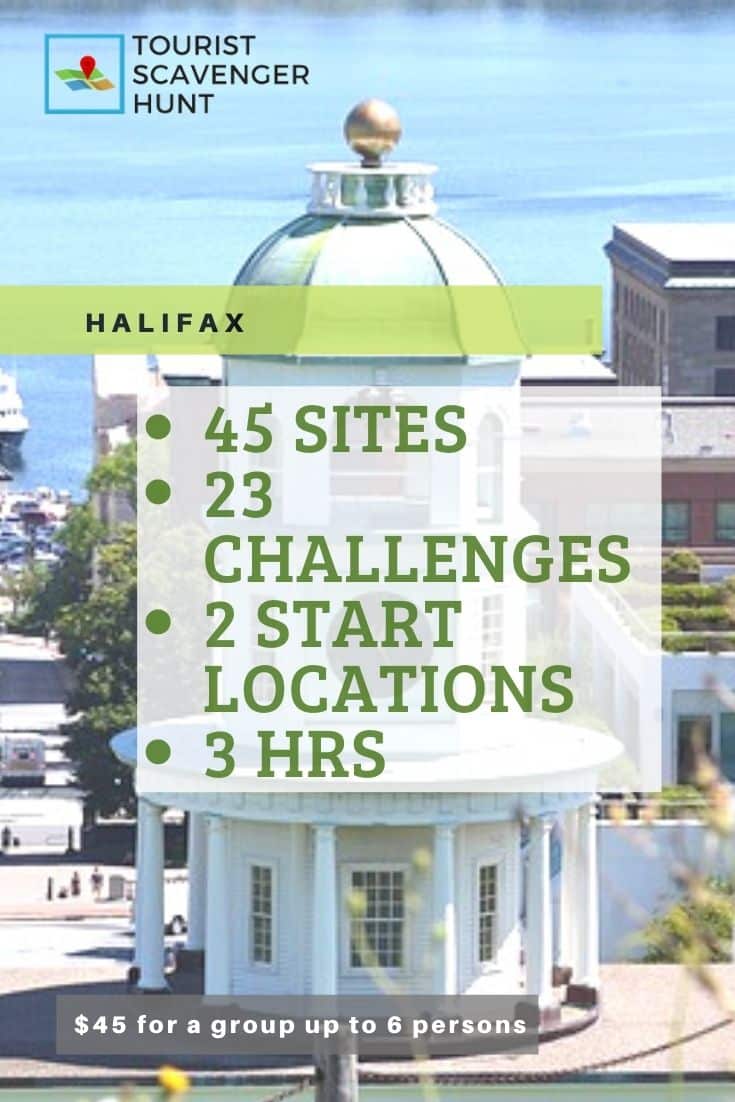 In creating our Halifax Tourist Scavenger Hunt, we dug into the city’s history so as to properly contextualize our tour. It is important for us. At most of the 45 stops along the tour, we explain the history of a site, monument, or person. This allows us to fully show you their significance.

Halifax is the capital of Nova Scotia. The Citadel on the hill, overlooking the Atlantic Ocean, dominates the city. There are 2 major universities here: Dalhousie University and Saint Mary’s University. 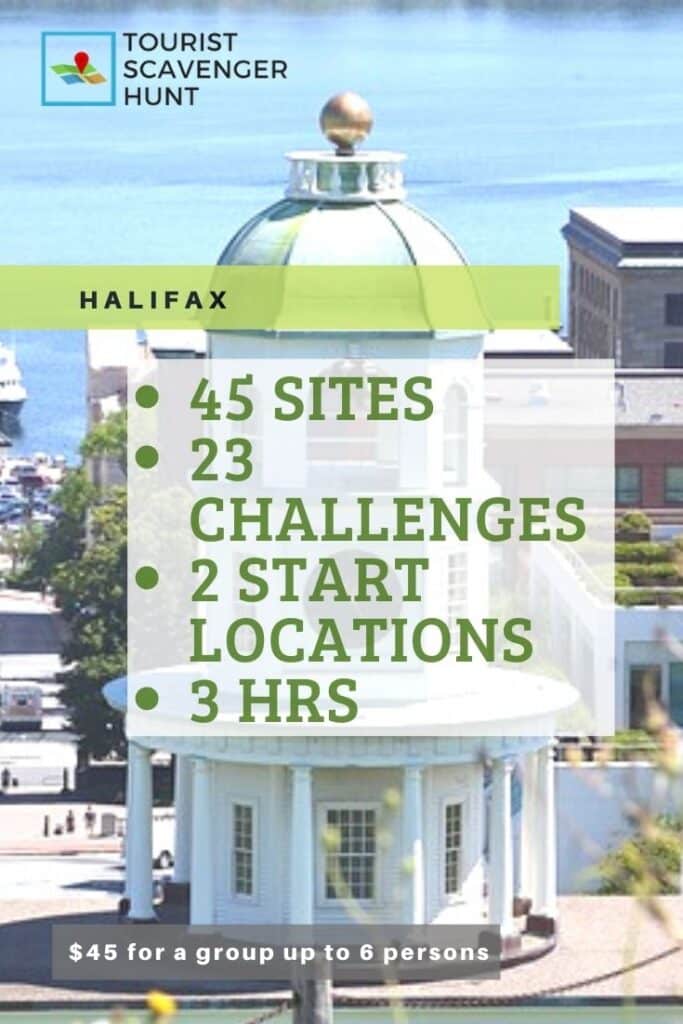 Halifax is on the ancestral lands of the Mi’kmaq, one of Canada’s first nations. They were there, mainly for fishing, well before the arrival of Europeans.

The first colony settled in the peninsula near the current port. The city of Halifax, founded in 1749, is in fact named in honor of the 2nd Earl of Halifax. This led to the transfer of the colony’s capital here from Annapolis Royal.

The founding of the city started Father Le Loutre’s war because this colony broke the pact agreed with the Mi’kmaq in 1726. 13 ships of settlers and one sloop of war arrived simultaneously to establish and defend the colony.

Fortifications (the Citadel, among others) were erected to defend the new colony from the Mi’kmaq, Acadians, and French. Construction of other forts in Sackville, Dartmouth, and Lawrencetown occurred around the same time.

Disaster struck the city in 1917, during the Great War, as two ships, including one carrying munitions, collided very close to the port. The explosion devastated the Richmond district, killing 2,000 people and injuring 9,000 others.

Find out more about our Halifax Tourist Scavenger Hunt on the info page.