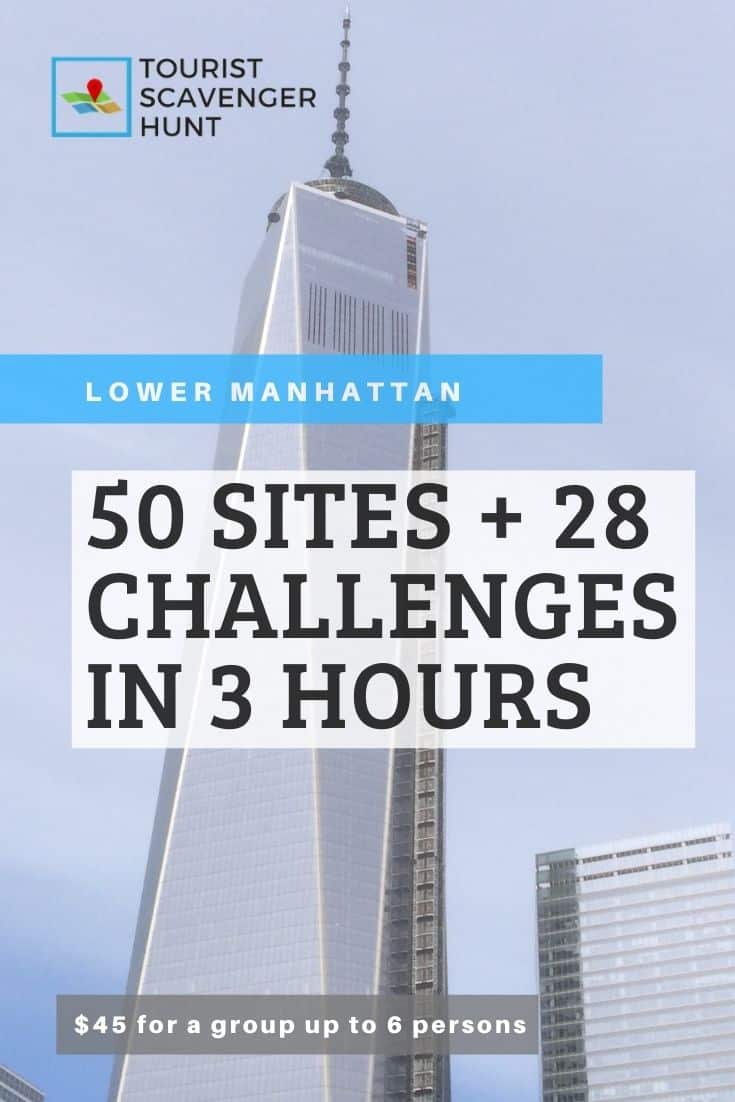 In creating our Lower Manhattan Tourist Scavenger Hunt, we dug into the city’s history so as to properly contextualize our tour. It is important for us. At most of the 50 stops along the tour, we explain the history of a site, monument, or person. This allows us to fully show you their significance.

The financial district is also known as Lower Manhattan and Downtown New York. It encompasses the southern tip of Manhattan Island. This is where City Hall and many civic organizations are based. Lower Manhattan’s population is relatively small, at 61,000 in 2018. 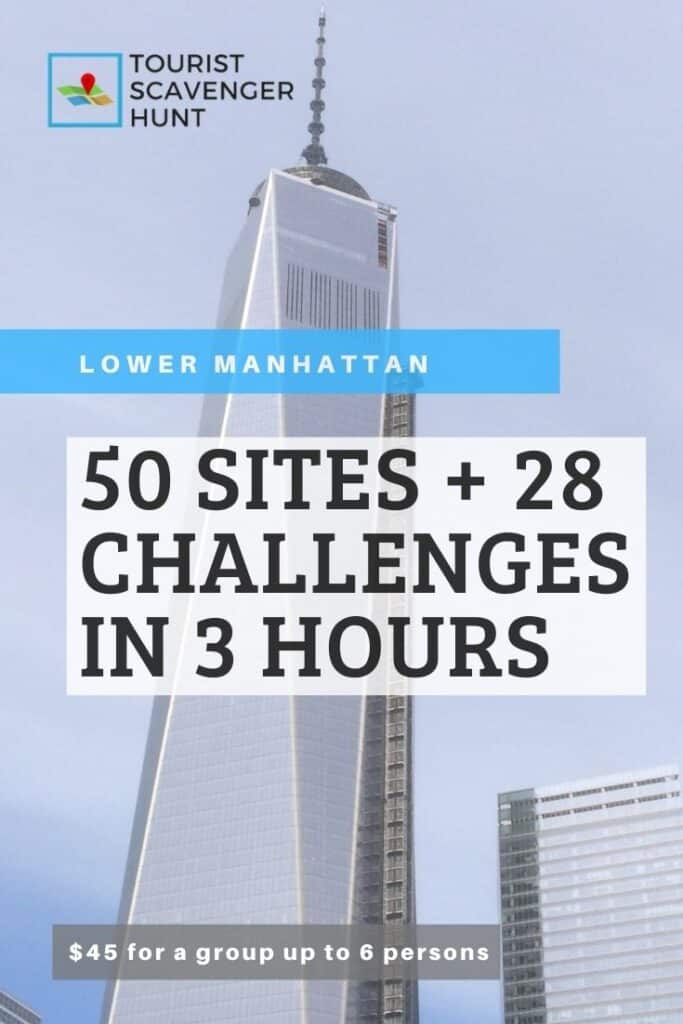 The first nations that inhabited the area we know as New York were the Lenape who spoke Algonquin.

The Dutch were the first Europeans to settle in Manhattan. In 1626 they set up a trading post here on the southern tip of the island and called it New Amsterdam. The first fort was built where Battery Park is today, to defend the fledgling colony named Fort Amsterdam. The Dutch imported African slaves as labor to build the fort and other defenses.

New Amsterdam was incorporated as a city on February 2, 1653.

In 1664, the United Kingdom conquered the area and renamed the city to New York, in honor of the Duke of York. The African population already accounted for 20% of New York in those early years. The growth of the city was gradual until 1775 when the American patriots started a revolution against Great Britain.

The Americans gained their independence from the United Kingdom in 1783. The first Congress met in New York, in Federal Hall on Wall Street, to write articles of confederation.

During its first 300 years, Lower Manhattan (the financial district) dominated the economic life of New York. However, this changed in the 1920s with the reconstruction of Grand Central Station into a terminal. This triggered a capitalist revolution in Midtown.

Lower Manhattan had a small boom in the 1950s, but it declined over the next decade. The development of the World Trade Center, which opened in 1974, was an important driver for revitalizing this neighborhood. The 917,000 m3 (1.2 million cubic yards) of excavated material served to extend Battery Park south by 210 meters (700 feet).

Since 1995, more than 15 million square feet of office space has been converted into housing and hotels. This has greatly helped in increasing the neighborhood’s population from 14,000 to 60,000 in 20 years.

On September 11, 2001, the twin towers of the World Trade Center fell after each being struck by a hijacked plane. Their destruction caused enormous damage to the surrounding buildings.

It took 10 years before the neighborhood regained its economic strength and joie de vivre. But in 2012, Hurricane Sandy ravaged the waterfront and Lower Manhattan with flooding.

Find out more about our Lower Manhattan Tourist Scavenger Hunt on the info page.