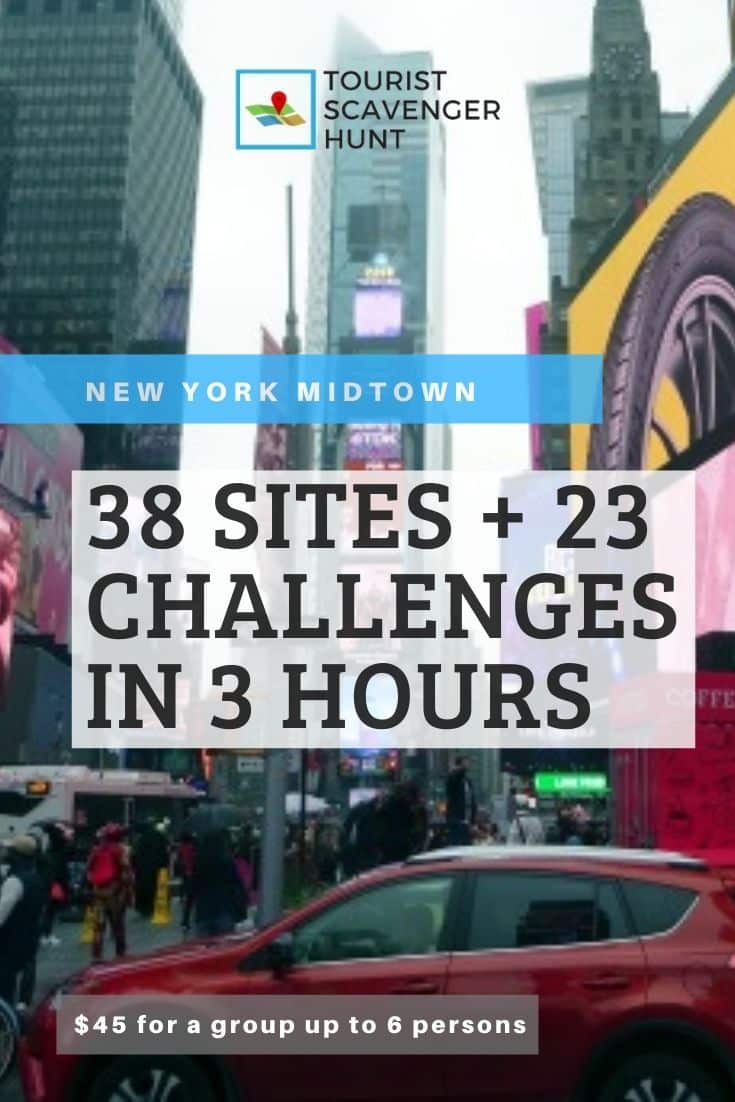 In creating our Midtown New York Tourist Scavenger Hunt, we dug into the city’s history so as to properly contextualize our tour. It is important for us. At most of the 38 stops along the tour, we explain the history of a site, monument, or person. This allows us to fully show you their significance. 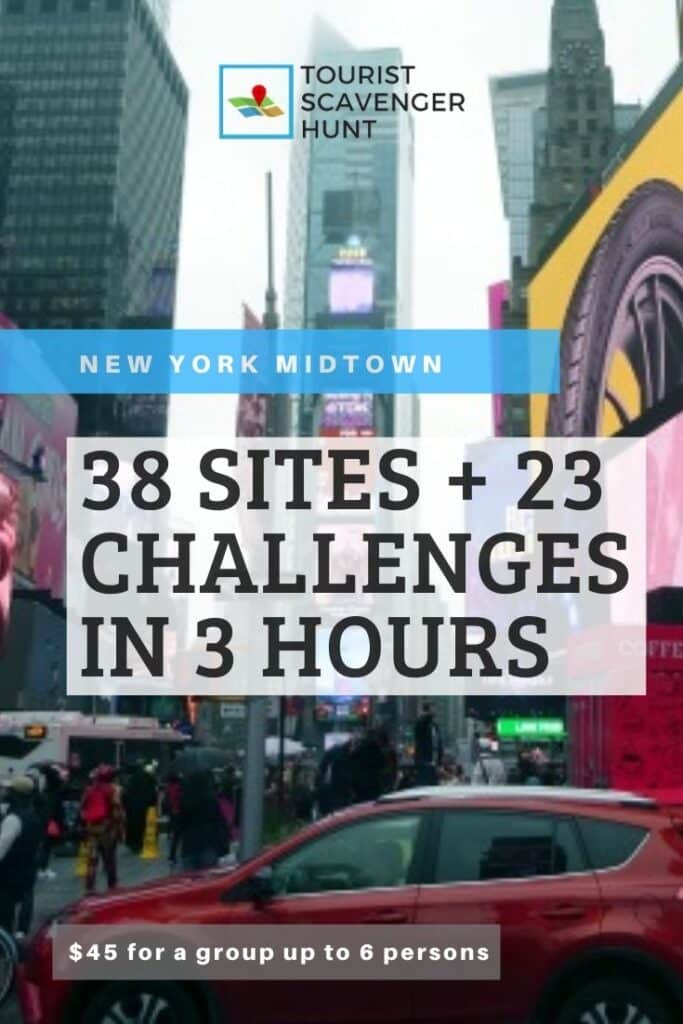 Midtown is the central portion of the borough of Manhattan, in New York City. It is home to many corporate headquarters including Barns & Noble, Bloomberg, Ernst & Young, Calvin Klein, DC Comics, Six Flags, along with several media companies and advertising agencies.

Many landmarks are also located in Midtown. Some of the landmarks not seen in our scavenger hunt include the Empire State Building, United Nations, and Plaza Hotel. As well, you’ll find nearby Madison Square Gardens, Carnegie Hall, and Pennsylvania Station.

Midtown is broken down into several neighborhoods including Hell’s Kitchen, Chelsea, Murray Hill, and Gramercy Park. Overlaid on top of these neighborhoods are several districts such as the business, theater, diamond, garment, and Meatpacking districts.

For the first 300 years, Lower Manhattan dominated New York’s economic life. However, that changed in the 1920s with the rebuilding of Grand Central Station into a Terminal, which ignited a capitalist revolution in Midtown. The construction and commercial boom transformed the area into an epicenter of American capitalism.

Find out more about our Midtown New York Tourist Scavenger Hunt on the info page.